Samsung Electronics Co.’s latest smartphone, the Galaxy S4, offers an innovative feature — users can erase people from photos taken with the device. A commercial for the phone shows a mother fixing a photo of her son receiving his diploma after another graduate jumps in the frame.  While the technology is a strong selling point, Samsung may have to fight to keep it.

The company is facing a patent infringement lawsuit from National Cheng Kung University. The school, based in Taiwan, alleges that the devices infringe its patent for “Image-Capturing Device and Method For Removing Strangers From An Image.” The U.S. Patent and Trademark Office issued the patent in 2008.

National Cheng Kung University filed the patent lawsuit in Texas Eastern District Court. It seeks a permanent injunction to stop Samsung from infringing on the patent, as well as unspecified monetary damages.

Samsung, of course, is also no stranger to patent litigation with Apple. The two companies have been battling across the globe for the past several years, with each claiming a measure of success. Samsung recently won a victory before the U.S. International Trade Commission, which ruled that several older Apple devices infringe Samsung patents.

If you, or someone you know, need any help with Intellectual Property issues, from filing a patent, trademark or copyright, or just need advice regarding how best to protect your inventions, ideas or your brand, please contact me for a free 30 minute consultation at nvantreeck@usip.com or call TOLL FREE at 1-855-UR IDEAS (1-855-874-3327) and ask for Norman.

Yesterday, I told you about the 1st ever crowd sourced satellite, the Skycube.  I turns out however, that Sunday NASA also launched three low-cost smartphone satellites aboard the maiden flight of Orbital Science Corp.’s Antares rocket. 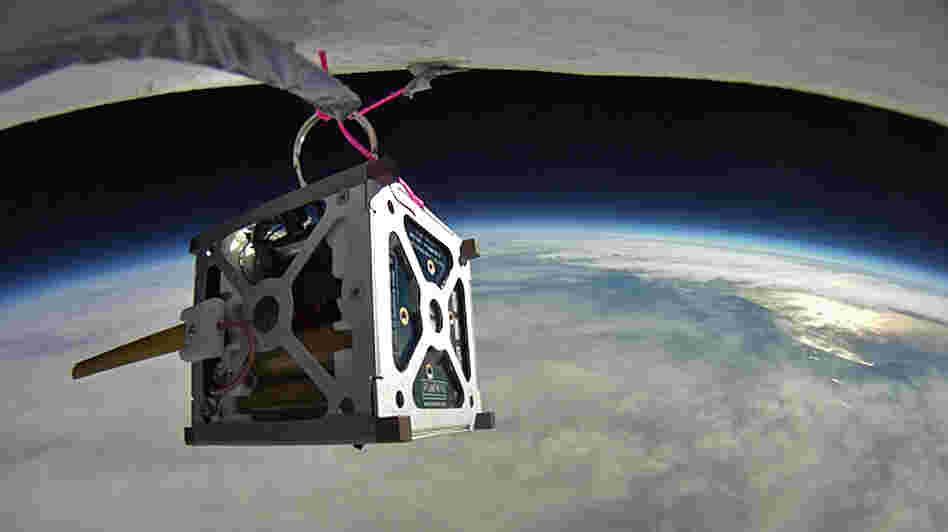 The PhoneSats are transmitting data packets on the amateur radio spectrum.  You can see what data is being transmitted by the Phonesats here. If you are an amateur radio operator and you can help the project by submitting them to NASA (go citizen scientists!). The dashboard page will give you all the information you need to track the satellites in real time.

The two PhoneSat 1.0 satellites, Graham and Bell, transmit signal every 28 and 30 seconds respectively.  A new PhoneSat 2.0 test satellite, Alexander, transmits every 25 seconds.  You need to hurry, the satellites are only expected to remain in orbit for about two weeks before de-orbiting to a fiery death.

The goal of the PhoneSat missions are to determine if off the shelf smartphones, or smartphone components, can be used as the main flight avionics of a capable, yet very inexpensive, satellite.  Much like the Spirit and Opportunity rovers on Mars (who both exceeded their original missions by a long time).

The PhoneSats already have many of the systems needed for a satellite, including fast processors, versatile operating systems, multiple miniature sensors, high-resolution cameras, GPS receivers and several radios.

“Smartphones offer a wealth of potential capabilities for flying small, low-cost, powerful satellites for atmospheric or Earth science, communications, or other space-born applications. They also may open space to a whole new generation of commercial, academic and citizen-space users.” 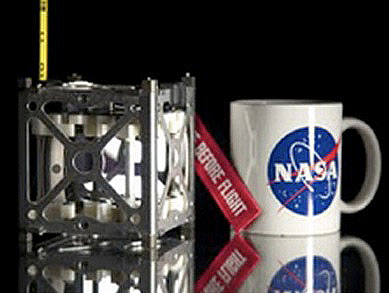 Images taken with the Phonesats will be transmitted back to Earth in smaller packets.  These packets will, hopefully, be received by amateur radio operators around the world.

NASA engineers kept the total cost of the components for the three prototype satellites in the PhoneSat project under $7,000 using mostly commercial hardware. The hardware used for this mission is the Google-HTC Nexus One smartphone running the Android operating system.  I wonder if there is now going to be a bidding war by other manufactures to make their claim to space capable smartphones.  The engineers did have to modify the phones for use in space by adding a larger, external lithium-ion battery bank (no recharging in orbit, also it seems that it would be trivial to add a solar battery charger) and a more powerful radio (no cell towers for miles, literally) to send messages and data from space back to Earth.

I wonder if I can send my own phone into space? I do know people with rockets capable of sub-orbital flight. Hmmm…more importantly, I wonder if my insurance will cover the replacement cost of the phone.

Here is a story of how a Transformer Prime owner used his tablet to take images of the moon.  I also have a Prime and use it to control my mount for astrophotography using this great program from Souther Stars SkySafari Pro (both fro iOS and Android) and the Blutooth adapter that they also sell.  There are a lot of other astronomy programs, both free and for pay, that are available.  Also, there is a great program that will allow you to control your Canon camera from your phone/tablet.  This combined with SkySafari equals a portable astrophotography setup that is hard to beat.  Let me know if you have a favorite tablet/smartphone astronomy program.