At this Saturday’s general meeting of the Riverside Astronomical Society (RAS) that are always open to the public (see our website ww.rivastro.org), Associate Professor Kevork N. Abazajian who gave a talk entitled: “Cosmological Large Scale Structure Surveys.”  Professor Abazajian teaches for the Department of Physics & Astronomy at the University of California Irivine.  You can read more about Kevork and his research interests by clicking here.

Dr. Abazajian’s talk encompassed the Sloan Digital Sky Survey and how it was the largest optical survey of galaxies in our universe and it found 3-dimensional positions of approximately one million galaxies to a distance of 1.9 Gly (1.9 billion light years).  He described the exciting results of this survey, its implications for cosmology, and the prospects for an even larger and deeper survey currently being designed for the future Large Synoptic Survey Telescope (LSST).

He talked about how the survey done by Herschel in 1785 showed our first understanding of the Universe.  Which at that time was just our galaxy.

In 1921, our understanding deepened a little with the Shapley model of the Universe.

Then, after Hubble discovered that our galaxy was just one of billions, the next survey in 1985 started honing our knowledge of the universe.

Then, the Sloan Digital Sky Survey really started to allow scientists to verify many of the cosmological models that had been proposed.

Currently the SDSS bills itself as the largest color image of the sky ever made.

However, the WMAP spacecraft in 2003 pushed the boundaries of the universe to about 13.7 Billion years.  This is currently the farthest that we can see because of the plasma left over from the big bang is blocking our view beyond that time.  Dr. Abazajian said that it was like trying to look through an inverted sun.  The photons from the plasma are coming toward us from the edge instead of at us from a point.

The ESA’s Plank satellite has provided even more detailed structure of the universe.

New equipment is being built right now to make all the other surveys pale in comparison.  The large synoptic survey telescope (LSST) will be able to survey the entire sky in just 3 nights!  It has a 3200 Megapixel digital camera, and a 3 degree field of view.

Not surprisingly, one of our members asked: “So what are you going to do with it after those three days?”  Not to worry, the LSST will then be tasked with trying to locate and catalog all the  Kuiper Belt objects.

If you  want to see the universe in a few minutes, the SDSS have made a movie using the data collected from the survery.  You can find it here.  I highly recommend it.  A word of warning, your mind will have trouble grasping the scale of the universe after a while, at least mine did. 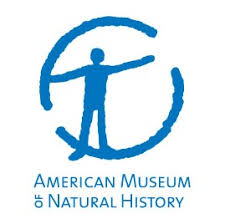 Another impressive movie was made by the American museum of natural history: The Known Universe, is also highly recommended.

Check our website for the next Star Party and meetings.  Everyone is welcome, you don’t need to bring anything but your wonder, we’ll handle the amazing.