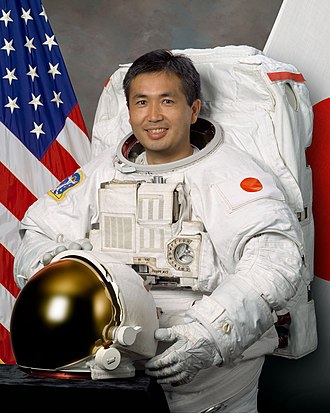 Wakata has been a member of four NASA Space Shuttle missions and a long-duration stay on the International Space Station.  He has logged more five months in space over the past twenty years.

I normally do get involved with politics, but this is a special case.  Without a reasonable resolution to the situation in the Ukraine, space could be adversely affected.

If the trouble between Russia and the rest of the world doesn’t work itself out soon, there could be dire consequences for the International Space Station.

Without a viable transport to the ISS, we and the other nations that have an interest in the space station rely on Russia to get personnel back and forth.

Although there are alternative supply transports, the only way that scientists and other crew member, Russia is currently the only human space taxi available.  Without the Soyuz spacecraft, the ISS is effectively dead.

Although the crisis in the Ukraine has had its dramatic moment, I believe (and hope) that it stabilizes quickly.  However, this should give all the other ISS member countries pause to think about alternative transportation to and from the station.

There is a very interesting time lapse movie here that shows the Earth from the ISS.

Although looking at it, the images seem to be real time, given the fact that the ISS orbits the Earth once every 90 minutes.

I haven’t found out all the astronaut(s) took the images other than Don Pettit who is in the last image.  I do know that the images came from Expeditions 29, 30 and 31.  It would be interesting to find out what equipment they used.

I am currently doing a long term time-lapse of my back yard.  That may seem a little simple, but my back yard overlooks Pasadena and I can see Mt. Wilson clearly.  This time of year is especially nice due to the weather (yes, sometimes in winter we get some weather here).  But the clouds at sunrise and sunset make spectacular viewing.  I just wish I had 4 cameras with at least 100 degree coverage that I could mount on my roof facing to the compass points.

I’ll post the video once I have it completed.

Well in this case it isn’t such a bad thing.

NASA has developed a new communications technology, the Optical Payload for Lasercomm Science (OPALS).  The new tech could increase data bandwidth for future spacecraft by 10 to 100 times current bandwidth.

But there are some significant obstacles to overcome.  “It’s like aiming a laser pointer continuously for two minutes at a dot the diameter of a human hair from 30 feet away while you’re walking,” explained OPALS systems engineer Bogdan Oaida of JPL.  That will require some excellent aiming.  And as the distance grows greater, the aim has to be even more precise.

OPALS is scheduled to launch to the space station later this year aboard a SpaceX Dragon commercial resupply capsule.

Once mounted outside the International Space Station (ISS), a demonstration of the optical communication will be done by transferring a video from the ISS to a ground receiver at JPL’s Optical Communications Telescope Laboratory (OCTL) in Wrightwood, California.

No delivery needed, and its not DiGiorno.  NASA has unveiled plans to print pizza in space.  That right, printed pizza. 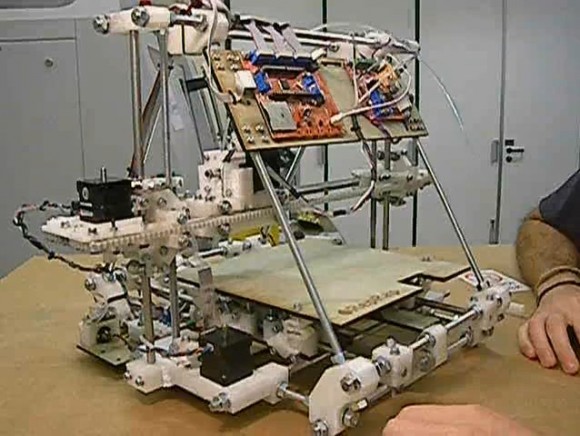 I have probably mentioned once or twice on this blog how I love 3D printing.  3D printing has been in the news a lot lately when someone figured out that you could print a functioning plastic gun that would pass through security. Not the best use of the technology, but predictable. 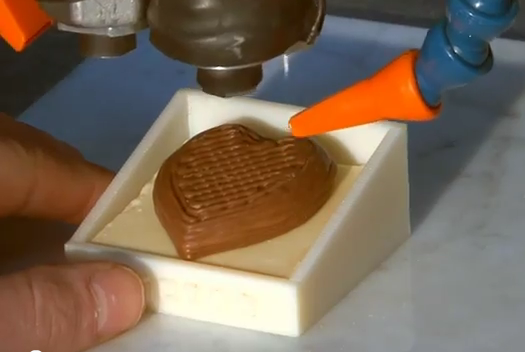 A much better use has been chocolate (and other extrudable materials) for making fantastic food.

Picking up on this theme, NASA has awarded a $125,000 grant to the Systems & Materials Research Cooperation to design a 3D printer capable of printing a pizza from 30-year shelf stable foodstuffs.  SMRC built a basic food printer from a 3D chocolate printer to win the grant.  The design is based on an open-source RepRap 3D printer (shown above).  The 3D printer would “build-up” a pizza serving by first layering out the dough onto a heated plate then adding tomato sauce and toppings.  Mmmmmm….Pizza.

So instead of plastic containers of food, members of the International Space Station will be dinning on pizza in 2014.  There are a few problems to solve, such as zero g printing, but the upside is huge.

The ISS and other long term missions would only need to carry quantities of food material and have dinner printed.  Sort of like a poor mans replicator.

Now if they could only print beer, everything would be perfect!

Most of you know that I am an advocate for FOSS  (free and open source software).  Not that I begrudge anyone from making money, because you can still make money from FOSS, just ask Google, Apple, Yahoo, Netflix, Red Hat, Intel….yada, yada, yada.  Even Microsoft has products that use FOSS and even has FOSS projects of their own.

It seems that NASA has decided to drop Windows from the laptops on the International Space Station (ISS) in favor of Linux.

Keith Chuvala, a United Space Alliance contractor, manager of the Space Operations Computing (SpOC) for NASA, and leader of the ISS’s Laptops and Network Integration Teams, recently explained that NASA had decided to move to Linux for the ISS’s PCs. “We migrated key functions from Windows to Linux because we needed an operating system that was stable and reliable — one that would give us in-house control. So if we needed to patch, adjust, or adapt, we could.”

It appears that when you are in space, you might need to look at the source code to make changes during an event, just as Curiosity and its recent stray radiation problem.

ISS astronauts will be using computers running the well-tested and reliable Debian 6 version of Linux. Earlier, some of the on-board computers had been using Scientific Linux, a Red Hat Enterprise Linux (RHEL) clone.

I have been working on getting Scientific Linux (with some modifications) to run my observatory, mount and cameras.  I hope to have a presentation ready soon so that people with limited budgets can take astrophotos without having to invest thousands of dollars in software, like I have done over the years.

Linux has been used on the ISS ever since its launch and at NASA ground operations almost since the day it was created, it was not used much on PCs in space.

Linux is also running Robonaut (R2), the first humanoid robot in space. R2 is meant to carry out tasks too dangerous or tedious for astronauts.

I was just reading over on David Reneke’s excellent site about how the powers that be are going to let the International Space Station (ISS) crash into the ocean after they retire it in 2020. 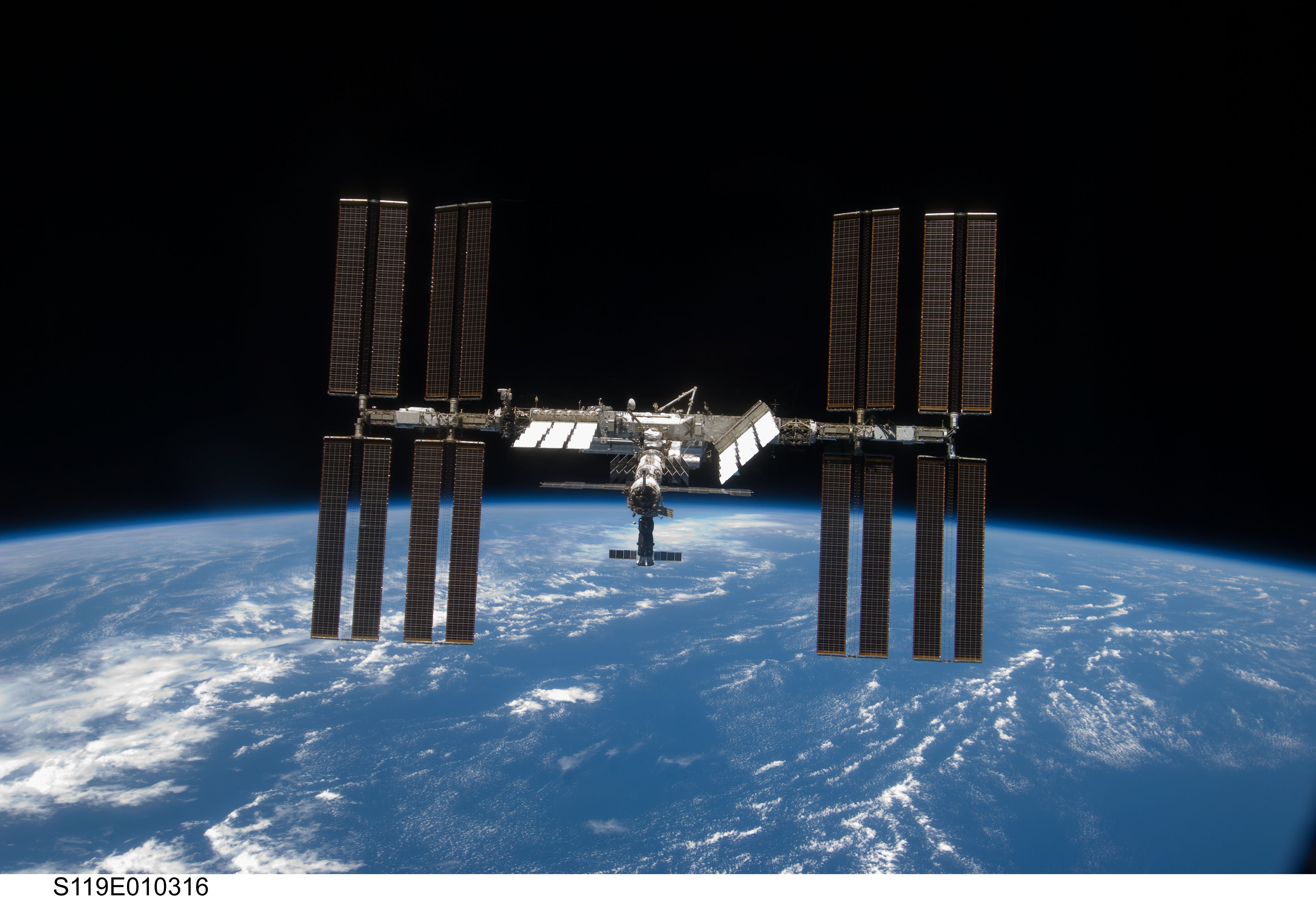 This seems like a waste to me.  Currently, there are at least three viable commercial space programs in operation.

The Dragon has already conducted several successful missions to the ISS, and the other programs are not far behind.

You would think that someone like Richard Branson, would be in talks already about taking the ISS off the hands of the nations that don’t want it anymore.  It should be a bargain!

Just think, the lucky new owner wouldn’t have to spend billions of dollars to put 924,739 pounds (419,455 kilograms) of material into orbit. 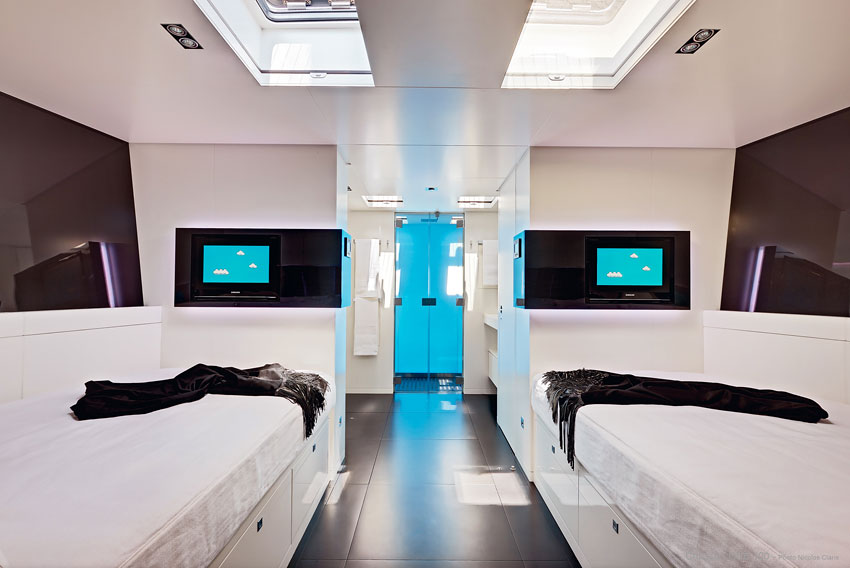 With a little refurb using some finer appointments from the yachting industry, the owner could have the first space hotel at a bargain basement price!

Capitalism at its best.  The costs for commercial space flights would decrease as demand increased additional hotel/cassino’s could be built.  The world would be forced to do something about all the space junk floating in orbit.  A win/win situation if I ever saw one.

I think we need to start a petition or a kickstarter project for us to own our very own space station.  By 2020, we should have enough pledges to buy if no one else steps forward.

Congratulations to the folks over at SpaceX for their successful l Falcon 9 rocket launch.  Later, the spacecraft will launch a Dragon spacecraft to orbit and (hopefully) dock with the International Space Station (ISS).  SpaceX will be the first commercial company in history to attempt to send a spacecraft to the ISS.  Can the images from 2001: A Space Odessy where a Pan American World Airways operated Orion III spacecraft with inflight service transports people to space on a regular basis be far away.  I think Richard Branson already has plans.

It is a great time for new frontiers.  I look forward to it.  Do you, or do you think that only governments should fly the friendly space skys?