Can you believe that the Hubble Space Telescope was launched 24 years ago! 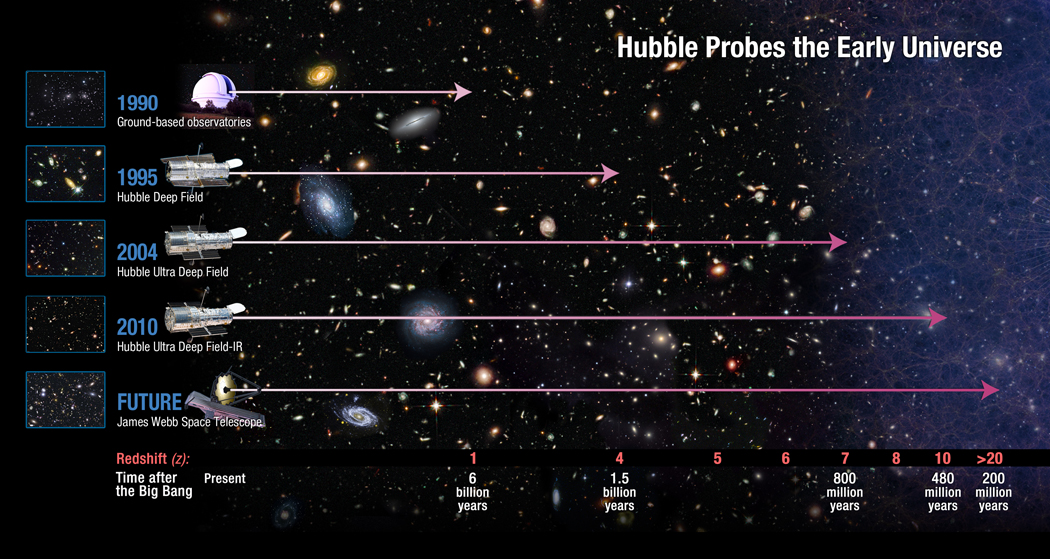 It seems like yesterday that we knew everything about the universe…and then Hubble rewrote (and continues to rewrite) our understanding of the universe.

The Hubble Ultra Deep Field and others showed us that what we thought was empty space, was actually quite busy.  Everything in that image above is another galaxy. 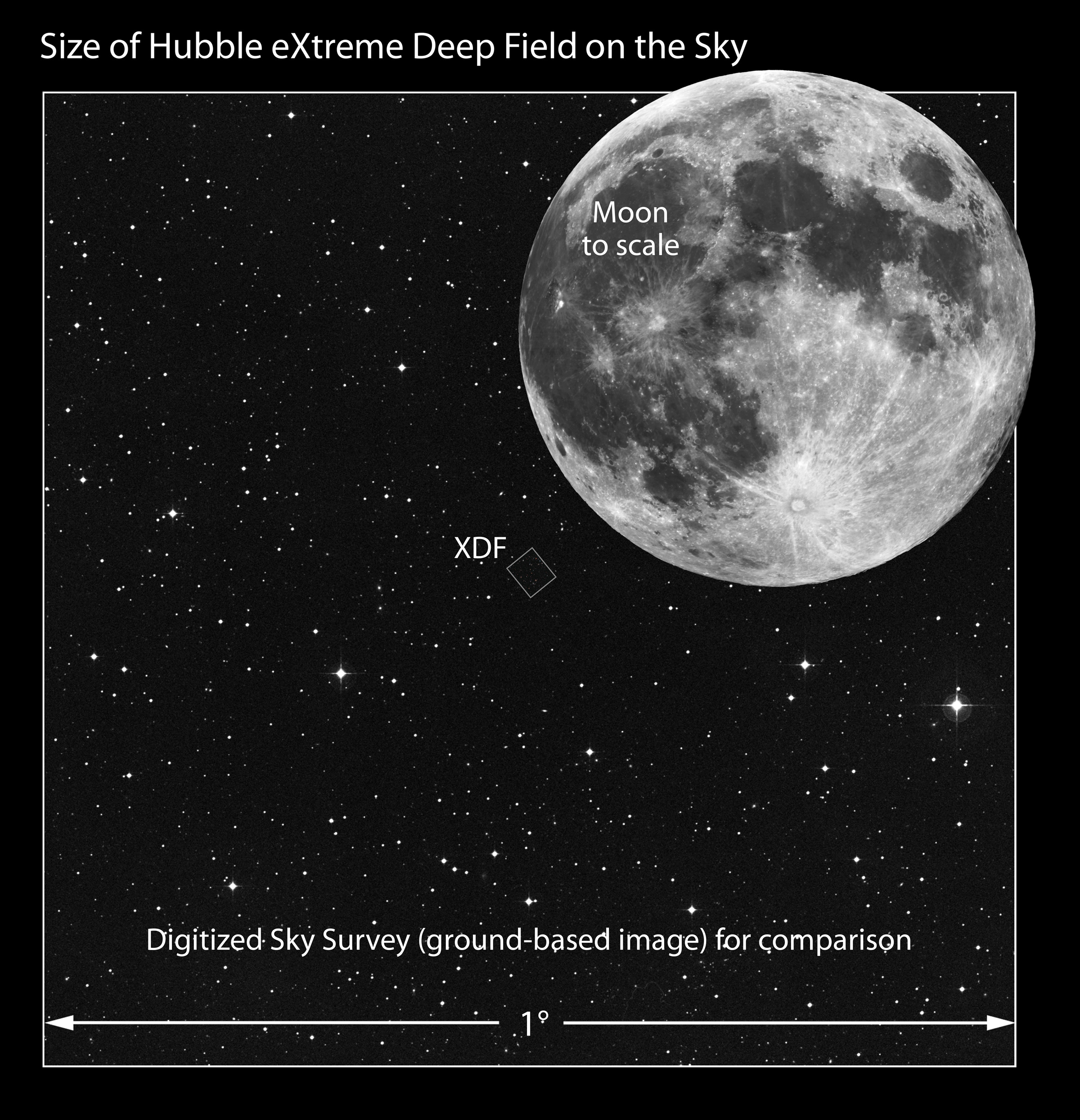 Considering the size of the field of view (shown above) of the Hubble for those deep field views, there is an amazing amount of places in the universe to explore. 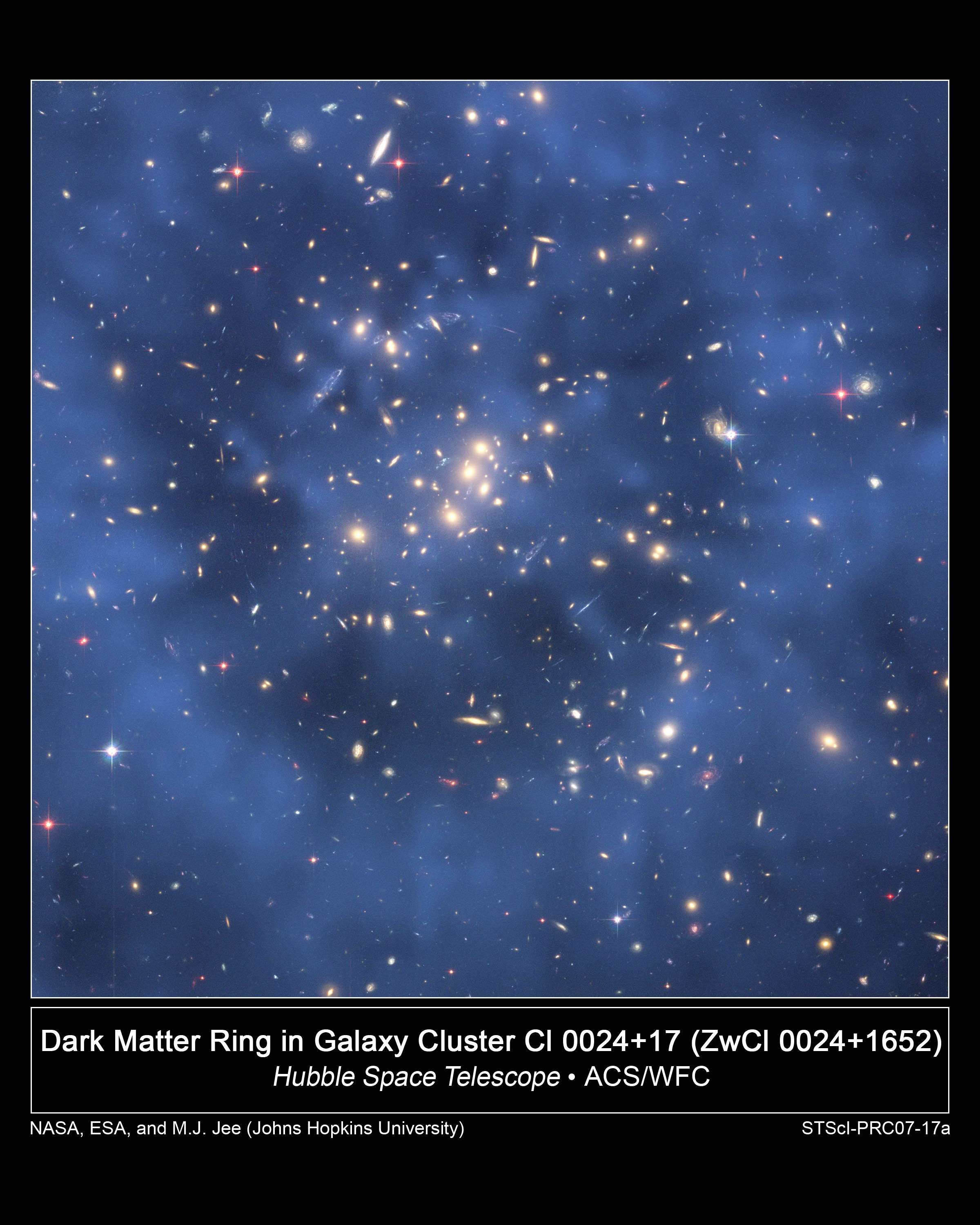 Using the Hubble, astronomers where able to find dark matter and fill in about 5% of the matter that is missing from the universe.

So how much longer can Hubble last?  There are no more service missions scheduled for the Hubble and the last mission was in 2009.  Eventually, the giant space telescope will run out of gas.  It’s last command will be to crash down into the Pacific Ocean in a fiery death.  That will be a sad day.  But the data and pioneering efforts of the world’s first space-based optical telescope will be around for years to come. 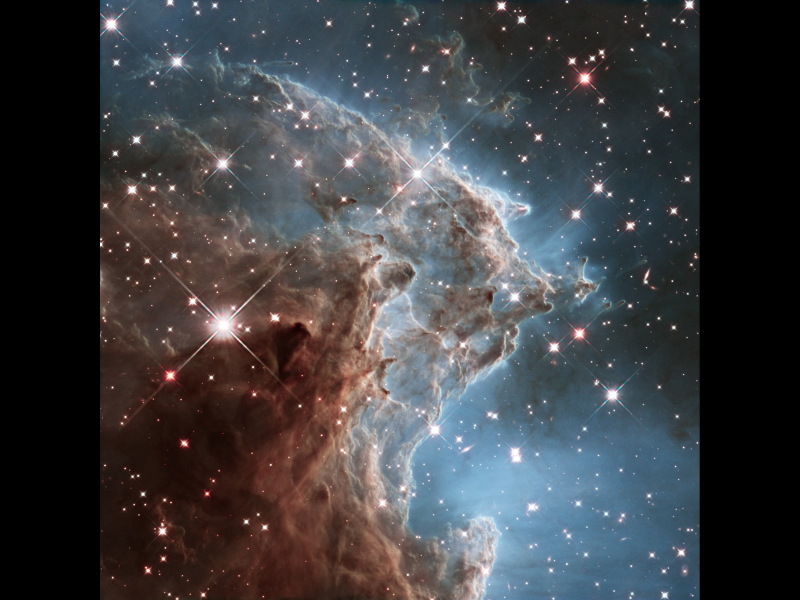 In honor of the 24th anniversary of the Hubble, NASA announced that it will release an infrared image of a nearby star factor known as the Monkey Head Nebula (or known as NGC 2174 and Sharpless Sh2-252).