Nothing political, this is about accuracy.  Accuracy to 1%.   That’s BOSS accuracy.

BOSS is the Baryon Oscillation Spectroscopic Survey and s the largest program in the third Sloan Digital Sky Survey (SDSS-III).

The BOSS measures baryon acoustic oscillations (BAO) which are regular, periodic fluctuations in the density of the visible baryonic matter (a composite subatomic particle made up of three quarks) of the universe.

BAO provides a “standard ruler” for length scale in cosmology, similar to the way that supernova provide a “standard candle” (a known brightness) used for astronomical observations.

Using this standard ruler, the scientists using the BOSS have measured the Universe to 1% accuracy.  Which is pretty amazing considering that a few years ago, there was up to 50% discrepancy from different measurements. 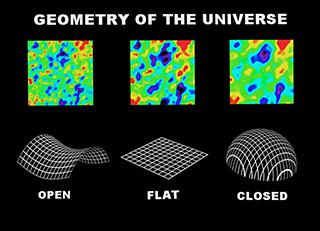 One of the results of these measurements is that the Universe isn’t as curved as was previously believed.  It is more flat.  The data also suggests that dark matter is just another cosmological constant (which might make it easier to find).

All in all, its good to be in the 1% (astronomically speaking that is).