First, we looked at wobbles, then eclipsing bodies.  Now the exo-planet hunt is starting to turn up pictures!  Yeah! We like pictures.

Astronomers from the Strategic Explorations of Exoplanets and Disks with Subaru (SEEDS) Project on top of Mauna Kea have imaged the smallest exo-planet to date.

The value of direct imaging exo-planets is fairly obvious because of the extra information that can be only detected in this fashion.  Information about the planet’s luminosity, temperature, atmosphere, and orbit among other planetary properties.  However, this method is technically challenging, because these distant planets are not only faint but also close to their bright central stars, the glare of which easily obscures the planet. 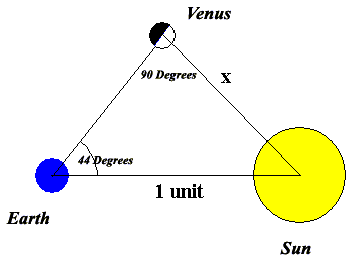 Using the images obtained, scientists have determined that the distance between the central star and planet is about 44 AU (the average distance of the Earth to the Sun or 93,000,000 miles), which is larger than Neptune’s orbit and closer to Pluto’s orbit.

Also, the planet has a mass of about three Jupiters.

Eventually, the goal would be to have the technology to image all the exo-planets surrounding distant suns using this method.  But we will have to wait for technology to catch up with desire.