The new Atacama Large Millimeter/submillimeter Array (ALMA) telescope is once again proving its worth.

Astronomers used the array to observe the Sculptor Galaxy, a starburst galaxy NGC 253 prominent in the middle to southern part of the sky.  The data showed columns of cold, dense gas moving outward from the galaxy. 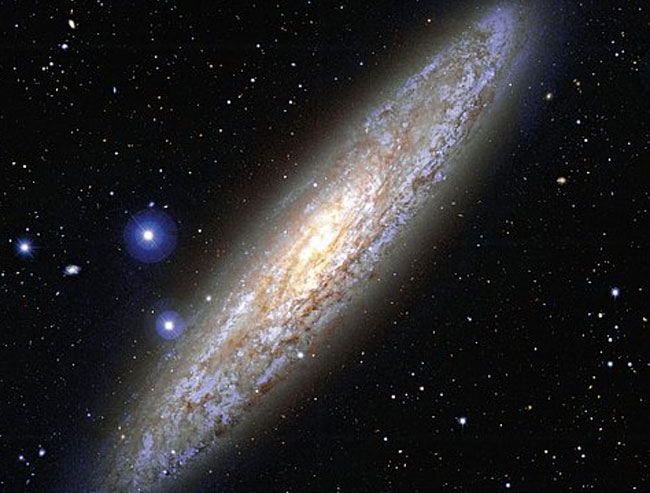 Astronomers chose the Sculptor galaxy because it is: 1) close to us and 2) its orientation relative to us presents a clear view of several super star clusters near its center. These superclusters (we be the local group cluster) indicate areas of new star formation and show the trail of the hydrogen and other gases being ejected from the galaxy. 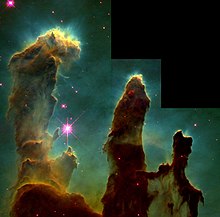 This famous hubble image, the pillars of creation, clearly show how when a star forms, its stellar wind pushes other material away.  Just the shock of a single star’s ignition would create a massive shock wave pushing everything out of the way.  Our own Sun’s solar wind creates the heliosphere, which is between 110 and 170 astronomical units (AU;17 and 26 billion km [10 and 16 billion miles], around us.  Just think of fireworks display that would be!