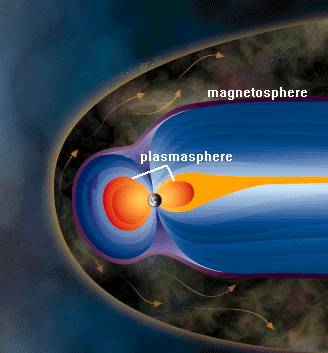 The plasmaspheric wind helps cause the loss of the plasmasphere, a region above Earth’s atmosphere, but below the magnetoshpere.

The data shows that there is a slow but steady wind, releasing about 2.2lbs (1 kg) of plasma every second into the outer magnetosphere.  About 100 tons (90 metric tons) every day, or one aircraft carrier every 10 days! 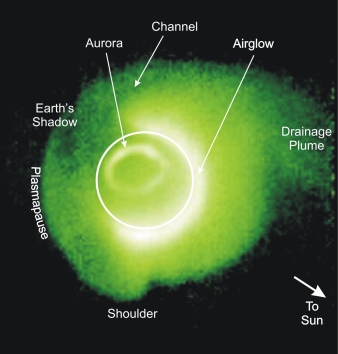 The plasmasphere, the most important plasma reservoir inside the magnetosphere, plays a crucial role in governing the dynamics of Earth’s radiation belts. These present a radiation hazard to satellites and to astronauts travelling through them. The plasmasphere’s material is also responsible for introducing a delay in the propagation of GPS signals passing through it.