No, it isn’t a wrestling hold, like the sleeper, 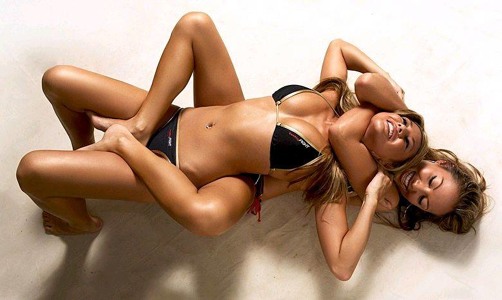 (sorry, it was the only image with the proper license I could find), but it is something that you need to take very seriously.

For instance, the blockbuster jury award issued in the ongoing patent litigation between Apple and Samsung certainly caught everyone’s attention.  The jury concluded that Samsung infringed on several Apple patents and awarded Apple $1.05 billion in damages.

One important lesson you should learn from this case is the importance of a litigation hold and the consequences of failing to uphold your obligations.

The evidence that needs to be preserved includes any kind of physical evidence, such as documents, electronic data, physical objects, drawings, contracts, manuals, photographs, samples, prototypes, and any other documents or things that could relate to the case would be potentially relevant. It is important to recognize that electronic data is included in the “legal hold.” This includes email communications and all other electronic data that might be relevant.

If you fail to hold onto the evidence, the judge can order that an “adverse inference” be made against you.   For example, a jury could be instructed that because you failed to preserve evidence the jury could infer that the evidence would help prove the other side of the case.

This is what happened to Samsung. While it may not have directly impacted the verdict, it certainly did not help their case either.

Other companies have had this happen to them when they neglected to disable an automatic deletion program of emails after a specific period of time.  Even though nobody sorted through the emails before they were automatically deleted, the judge ordered that the absence of the emails could be used by the opposing party (ouch!), even if there were no emails that actually had any negative information or evidence.  The party that failed to preserve the emails would have an adverse inference taken against it anyway.

Here is your take-away: if you are involved in a lawsuit you have a legal obligation to take all reasonably necessary steps to preserve potential evidence, including emails, for as long as the lawsuit might last.  This obligation begins before the lawsuit is filed! (i.e., as soon as you might be reasonable noticed that a lawsuit is likely). 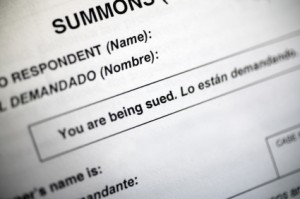 ANYONE in the company that has potentially relevant evidence is subject to this “legal hold.” The company has the obligation to advise all relevant employees to preserve emails and other evidence, and to monitor compliance to make sure that they follow through with the “legal hold.”

How I Can Help

If your company, or someone you know, has recieved notice of a patent lawsuit filed against you, I can help you defend yourself.   Please contact me for a free 30 minute consultation by sending me an email or call TOLL FREE at 1-855-UR IDEAS (1-855-874-3327) and ask for Norman.